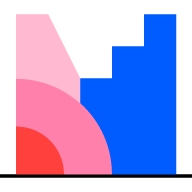 Accompany the Code Number with a QR that people could scan to go to the page.

@Maja Jakobsson - No, it's not really already available, so this request shouldn't really be closed. "Share QR Code" shows the QR instead of the page. You can either show the QR code, or the page with question and results.

I think @Andrea Tanzi was asking to show the QR as part of the instructions bar, so it's available at the same time as the results. This is the same as @Johan Kohlin was asking in "QR as a checkbox option" https://mentimeter.canny.io/feature-requests/p/qr-as-a-checkbox-option and would be an easy way to satisfy @Ben Sims request in "Embed Voting QR Code In Slide" https://mentimeter.canny.io/feature-requests/p/embed-voting-qr-code-in-slide

This is already available: